Alexithymia and Emotion Recognition in Autism 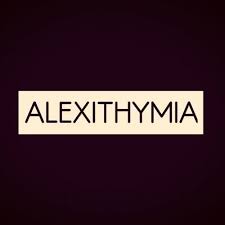 Alexithymia is characterized by difficulties in identifying, describing, and processing one's own feelings, often marked by a lack of understanding of the feelings of others, and difficulty distinguishing between feelings and the bodily sensations of emotional arousal. Alexithymia is not a formal clinical diagnosis and is best conceptualized as a dimensional personality trait that is normally distributed in the general population (with estimates of 10%) and varies in severity from person to person. However, there is evidence to suggest that it is associated with an increased risk for mental health problems. For example, several studies indicate that even in childhood, alexithymia and difficulties in the domain of emotion processing are positively related to internalizing problems such as anxiety and depression.
Research indicates that alexithymia overlaps with autism spectrum disorder (ASD). Although alexithymia is not a core feature of autism, recent studies have found varying degrees of this trait in 50 to 85% of individuals with autism ASD. The alexithymia trait appears to have the following properties: (a) it is more common in individuals with ASD than in the general population (b) it is more common in parents of individuals with ASD than in parents of individuals with another developmental disabilities, (c) it is stable over time in ASD, and (d) problems in the domain of emotion awareness are positively related to depression, anxiety, somatic complaints, worry and rumination. There is also evidence to indicate that the alexithymia trait might be part of the broader autism phenotype and a significant component of the emotion processing difficulties observed in ASD. It is uncertain whether the problem of emotion recognition commonly attributed to individuals on the autism spectrum is a result of the disorder itself, or if it is due to the large co-occurrence (comorbidity) between alexithymia and autism.
Given the apparent association between alexithymia and autism, it’s especially important to investigate the relative contribution of this dimensional trait to the impairment in social functioning experienced by individuals with ASD. An important question for future research relates to the prevalence of high levels of alexithymia in ASD compared to neurotypical individuals and how to explain the high co-occurrence (comorbidity) between alexithymia and ASD. Is alexithymia a neuroanatomical structural consequence or is the result of a neurobiological impairment, or is it a distinctive personality trait of individuals with ASD? Does the level of alexithymia predict symptom severity in ASD? Although not a diagnostic feature of autism, would alexithymia be a useful diagnostic marker for ASD? Because alexithymia is associated with increased risk of mental health problems (i.e., anxiety and depression), should a measure of alexithymia be included in an assessment battery for ASD? As with most autism research, there are more questions than answers.
Bird, G., Silani, G., Brindley, R., White, S., Frith, U., & Singer, T. (2010).  Empathic brain responses in insula are modulated by levels of alexithymia but not autism. Brain, 133, 1515-1525.
Szatmari, P., Georgiades, S., Duku, E., Zwaigenbaum, L., Goldberg, J., & Bennett, T. (2008). Alexithymia in Parents of Children with Autism Spectrum Disorder. Journal of Autism and Developmental Disorders, 38, 1859-1865.
Lee A. Wilkinson, PhD, NCSP is the is author of the award-winning book, A Best Practice Guide to Assessment and Intervention for Autism and Asperger Syndrome in Schools. He is also editor of a best-selling text in the American Psychological Association (APA) School Psychology Book Series, Autism Spectrum Disorder in Children and Adolescents: Evidence-Based Assessment and Intervention in Schools and author of the book, Overcoming Anxiety and Depression on the Autism Spectrum: A Self-Help Guide Using CBT. His latest book is A Best Practice Guide to Assessment and Intervention for Autism Spectrum Disorder in Schools (2nd Edition).
Posted by Lee A. Wilkinson bestpracticeautism.com at Monday, July 27, 2015