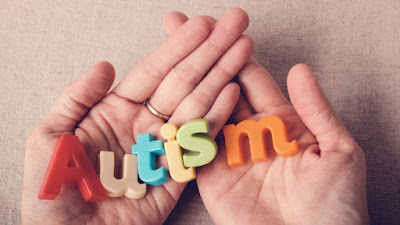 Controversial therapies and interventions continue to be a significant part of the history of children and youth with autism, perhaps more so than any other childhood disorder. Unfortunately, families are often exposed to unsubstantiated, pseudoscientific theories, and related clinical practices and therapies that are ineffective and compete with validated treatments, or that have the potential to result in physical, emotional, or financial harm. Many treatments are recommended to families based on anecdotal reports that make exaggerated claims, often appearing on the internet or in the popular media that do not qualify as scientific research. Given that autism has no known cure, parents and advocates will understandably pursue interventions and treatments that offer the possibility of helping the child with autism, particularly if they are perceived as unlikely to have any adverse effects and are generally accepted or popularized.

Complementary and alternative medicine (CAM), also called integrative medicine, is an approach widely used by families caring for individuals with autism. CAM is defined as “a group of diverse medical and health care systems, practices, and products that are not presently considered to be part of conventional medicine.” Current research estimates that between 30 and 95 percent of children with autism spectrum disorder (ASD) have tried complementary or alternative medicine therapies, and up to 10% may be using a potentially dangerous treatment. The most commonly used CAM treatments for ASD fall into the categories of "biological" and “non-biological.” Examples of biological therapies include immunoregulatory interventions (e.g., dietary restriction of food allergens or administration of immunoglobulin or antiviral agents); detoxification therapies (e.g., chelation); stem-cell therapy; hyperbaric oxygen therapy (HBOT); gastrointestinal treatments (e.g., digestive enzymes, antifungal agents, probiotics, and gluten/casein-free diet); cannabidiol (CBD), and dietary supplement regimens (e.g., vitamin A, vitamin C, vitamin B6 and magnesium, folinic acid, vitamin B12, dimethylglycine and trimethylglycine, carnosine, omega-3 fatty acids, inositol, and various minerals). Non-biological interventions include treatments such as auditory integration training; sensory integration therapy; neurofeedback; pet therapy; massage therapy; aromatherapy; behavioral optometry; craniosacral manipulation; acupuncture; chiropractic treatment, and facilitated communication. These CAM therapies are generally described as pseudoscience and typically involve claims of scientifically supported evidence, which is in fact, lacking or misinterpreted.
At present, the empirical and treatment literature does not support and recommend the use of either biological or non-biological CAM treatments for children with ASD. Overall, there is sparse evidence on the usefulness of CAM treatments with autism. Although some CAM practices appear to have emerging evidence to support their use in traditional medical practice (i.e., melatonin), there are no CAM interventions with sufficient evidence to suggest they are effective. The most extensively evaluated biological CAM treatment for autism, the hormone secretin, has been thoroughly evaluated and shown to be ineffective with respect to core symptoms of ASD, including self-stimulatory behaviors, impaired communication, restrictive and repetitive behaviors, and gastrointestinal problems.  Additionally, research does not support the use of biological detoxification therapies such as chelation for ASD. According to the U. S. Food and Drug Administration, there are serious safety issues associated with chelation products. Similarly, the FDA has announced that hyperbaric oxygen treatment (HBOT) is not an approved or effective treatment for autism.
Implications

Unfortunately, pseudoscience is commonly practiced with ASD. Professionals in clinical and school contexts play an important role in helping parents and caregivers to differentiate empirically validated treatment approaches from treatments that are unproven and potentially ineffective and/or harmful. The major risk of CAM treatments is not only the potential for harm (e.g., chelation products), but the time and resources devoted to ineffective therapies at the expense of evidence-based interventions that have demonstrated effectiveness. The time, effort, and financial resources spent on pseudo and ineffective treatments can create an additional burden on families.

All treatment selections should be evidence-based and include peer-reviewed studies with well-defined populations, randomized, large samples, control for confounding factors, and the use of validated outcome measures. There are few peer-reviewed, well-controlled, independent studies about CAM therapies, both for autism and many other health conditions. The paucity of validated, evidence-based data limits the ability to make fully informed decisions about the appropriateness of these treatments, particularly when considering that some CAM therapies are initiated without the guidance of a medical professional.