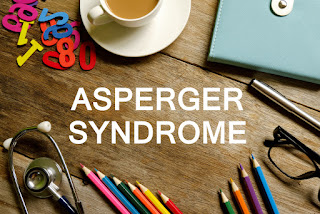 The removal of Asperger’s disorder (Asperger syndrome) as a separate diagnostic category from the fifth edition of the Diagnostic and Statistical Manual of Mental Disorders (DSM-5) has been widely publicized. The new DSM-5 category of autism spectrum disorder (ASD), which subsumes the previous DSM-IV diagnoses of autistic disorder (autism), Asperger’s disorder, childhood disintegrative disorder, and pervasive developmental disorder not otherwise specified (PDD-NOS), reflects the scientific consensus that symptoms of the various DSM-IV subgroups represent a single continuum of impairment that varies in level of severity and need for support.
An important feature of the DSM-5 criteria for ASD is a change from three symptom domains (triad) of social impairment, communication deficits and repetitive/restricted behaviors, interests, or activities to two domains (dyad); social/communication deficits and fixated and repetitive pattern of behaviors. Several social/communication criteria were merged to clarify diagnostic requirements and reflect research indicating that language deficits are neither universal in ASD, nor should they be considered as a defining feature of the diagnosis. The criteria also feature dimensions of severity that include current levels of language and intellectual functioning as well as greater flexibility in the criteria for age of onset and addition of symptoms not previously included in the DSM-IV such as sensory interests and aversions.
DSM-IV Criteria in Practice
Problems in applying the DSM-IV criteria were a key consideration in the decision to delete Asperger’s disorder as a separate diagnostic entity. Numerous studies indicate that it is difficult to reliably distinguish between Asperger syndrome, autism, and other disorders on the spectrum in clinical practice (Attwood, 2006; Macintosh & Dissanayake, 2006; Leekam, Libby, Wing, Gould & Gillberg, 2000; Mayes & Calhoun, 2003; Mayes, Calhoun, & Crites, 2001; Miller & Ozonoff, 2000; Ozonoff, Dawson, & McPartland, 2002; Witwer & Lecavalier, 2008). For example, children with autism who develop proficient language have very similar trajectories and later outcomes as children with Asperger disorder (Bennett et al., 2008; Howlin, 2003; Szatmari et al., 2000) and the two are indistinguishable by school-age (Macintosh & Dissanayake, 2004), adolescence (Eisenmajer, Prior, Leekam, Wing, Ong, Gould & Welham 1998; Ozonoff, South and Miller 2000) and adulthood (Howlin, 2003). Individuals with Asperger disorder also typically meet the DSM-IV communication criterion of autism, “marked impairment in the ability to initiate or sustain a conversation with others,” making it is possible for someone who meets the criteria for Asperger’s disorder to also meet the criteria for autistic disorder.
Treatment and Outcome
Another important consideration was response to treatment. Intervention research cannot predict, at the present time, which particular intervention approach works best with which individual. Likewise, data is not available on the differential responsiveness of children with Asperger’s disorder and high-functioning autism to specific interventions (Carpenter, Soorya, & Halpern, 2009). There are no empirical studies demonstrating the need for different treatments or different responses to the same treatment, and in clinical practice the same interventions are typically offered for both autism and Asperger’s disorder (Wilkinson, 2010). Treatments for impairments in pragmatic (social) language and social skills are the same for both groups.
Application of DSM-5 Criteria
It’s important to remember that in the DSM, a mental disorder is conceptualized as a clinically important collection of behavioral and psychological symptoms that causes an individual distress, disability or impairment. The objective of the DSM-5 criteria for ASD is that every individual who has significant “impairment” in social interaction and communication, and restricted and repetitive behavior or interests should meet the diagnostic criteria for ASD. Because language impairment/delay is not a necessary criterion for diagnosis, anyone who demonstrates severe and sustained impairments in social skills and restricted, repetitive patterns of behavior, interests, or activities in the presence of generally age-appropriate language acquisition and cognitive functioning, who might previously have been given a diagnosis of Asperger’s disorder, now meet the criteria for ASD. Specifiers are used to indicate level of severity and "without accompanying intellectual impairment and language impairment."
The DSM-5 criteria for ASD have created significant controversy over concerns that it would exclude many individuals currently diagnosed with Asperger syndrome and PDD-NOS, and thus make it difficult for them to access services. However, recently published field trials suggest that the revisions actually increase the reliability of diagnosis, while identifying the large majority of those who would have been diagnosed under the DSM-IV-TR. Of the small numbers who were not included, most received the new diagnosis of “social communication disorder.” Moreover, the accuracy of non-spectrum classification (specificity) made by DSM-5 was better than that of DSM-IV, indicating greater effectiveness in distinguishing ASD from non-spectrum disorders such as language disorders, intellectual disability, attention-deficit/hyperactivity disorder (ADHD), and anxiety disorders.

It is important to note that all individuals who have a DSM-IV diagnosis on the autism spectrum, including those with Asperger syndrome and PDD-NOS, will be able to retain an ASD diagnosis. This means that no one should “lose” their diagnosis because of the changes in diagnostic criteria.  According to DSM-5, individuals with a well-established DSM-IV diagnosis of Autistic Disorder, Asperger’s Disorder, or PDD-NOS should be given a diagnosis of ASD.  Those who have marked deficits in social communication, but whose symptoms do not meet the criteria for ASD, should be evaluated for Social (Pragmatic) Communication Disorder.
Conclusion
In conclusion, the DSM-5 category of autism spectrum disorder (ASD), which subsumes the current diagnoses of autistic disorder, Asperger’s disorder, childhood disintegrative disorder, and pervasive developmental disorder not otherwise specified (PDD-NOS), better describes our current understanding about the clinical presentation and course of the neurodevelopmental disorders. Conceptualizing autism as a spectrum condition rather than a categorical diagnostic entity is in keeping with the extant research suggesting that there is no clear evidence that Asperger’s disorder and high-functioning autism are different disorders. As Gillberg (2001) notes, the terms Asperger's syndrome and high-functioning autism are more likely “synonyms” than labels for different disorders. Lord (2011) also comments that although there has been much controversy about whether there should be separate diagnoses, "Most of the research has suggested that Asperger's syndrome really isn't different from other autism spectrum disorders." "The take-home message is that there really should be just a general category of autism spectrum disorder, and then clinicians should be able to describe a child's severity on these separate dimensions." Unfortunately, many individuals may have been advised (or assumed) that a diagnosis of Asperger’s disorder was separate and distinct from autism and that intervention/treatment, course, and outcome were clinically different for each disorder. While including Asperger’s Disorder under the DSM-5 category of ASD will likely continue to require a period of transition and adjustment, this dimensional approach to diagnosis will likely result in more effective identification, treatment, and research for individuals on the spectrum.
Key References & Further Reading
American Psychiatric Association. (1994). Diagnostic and statistical manual of mental disorders. Washington, DC: Author.
American Psychiatric Association. (2000). Diagnostic and statistical manual of mental disorders (4th ed., text rev.). Washington, DC: Author.
American Psychiatric Association (2013). Diagnostic and statistical manual of mental disorders (5th ed.). Washington, DC: Author.
Attwood, T. (2006). The complete guide to Asperger’s syndrome. London: Jessica Kingsley.
Carpenter, L. A., Soorya, L. & Halpern, D. (2009). Asperger’s syndrome and high- functioning autism. Pediatric Annals, 38, 30-35.
Eisenmajer, R., Prior, M., Leekam, S., Wing, L., Ong, B., Gould, J. & Welham, M. (1998)
Delayed Language Onset as a Predictor of Clinical Symptoms in Pervasive Developmental Disorders. Journal of Autism and Developmental Disorders, 28, 527–34.
Gillberg, C (2001). Asperger’s syndrome and high functioning autism: Shared deficits or
different Disorders? Journal of Developmental and Learning Disorders, 5, 79-94.
Howlin, P. (2003). Outcome in high-functioning adults with autism with and without early language delays: Implications for the differentiation between autism and Asperger syndrome. Journal of Autism and Developmental Disorders, 33, 3–13.
Leekam, S., Libby, S., Wing, L., Gould, J. & Gillberg, C. (2000) Comparison of ICD-10 and Gillberg’s criteria for Asperger syndrome. Autism, 4, 11–28.
Lord, C. et al. (2011). A multisite study of the clinical diagnosis of different autism spectrum disorders. Archives of General Psychiatry. doi:10.1001/archgenpsychiatry.2011.148
Macintosh, K., & Dissanayake, C. (2006). Social skills and problem behaviors in school aged children with high-functioning autism and Asperger’s disorder. Journal of Autism and Developmental Disorders, 36, 1065–1076.
Macintosh, K.E., & Dissanayake, C. (2004). Annotation: The similarities and differences between autistic disorder and Asperger’s disorder: A review of the empirical evidence. Journal of Child Psychology and Psychiatry, 45, 421–434.
Mayes, S., & Calhoun, S. (2003). Relationship between Asperger syndrome and high functioning autism. In M. Prior (Ed.), Learning and behavior problems in Asperger syndrome (pp. 15-34). New York: Guilford Press.
Mayes SD, Calhoun SL, Crites DL (2001) Does DSM-IV Asperger’s disorder exist? Journal of Abnormal Child Psychology, 29, 263–271.
Miller, J. N., & Ozonoff, S. (2000). The external validity of Asperger disorder: Lack of evidence from the domain of neuropsychology. Journal of Abnormal Psychology, 109, 227–238.
Ozonoff, S., Dawson, G., & McPartland, J. (2002). A parent’s guide to Asperger syndrome and high-functioning autism: How to meet the challenges and help your child to thrive. New York: Guilford Press.
Ozonoff, S., South, M., & Miller, J. N. (2000). DSM-IV-defined Asperger syndrome: Cognitive, behavioral and early history differentiation from high-functioning autism. Autism, 4, 29–46.
Szatmari, P., Bryson, S.E., Streiner, D.L., Wilson, F.J., Archer, L., & Ryerse, C. (2000). Two year outcome of preschool children with autism or Asperger’s syndrome. American Journal of Psychiatry, 15, 1980–1987.
Szatmari, P., Bryson, S., Duku, E., Vaccarella, L., Zwaigenbaum, L., Bennett, L. & Boyle, M.H. (2009). Similar developmental trajectories in autism and Asperger syndrome: from early childhood to adolescence. Journal of Child Psychology and Psychiatry, 50, 1459-1467.
Wilkinson, L. A. (2008). Adults with Asperger syndrome: A childhood disorder grows up. The Psychologist, 21, 764-770.
Wilkinson, L. A. (2010). A best practice guide to assessment and intervention for Asperger syndrome and autism in schools. London: Jessica Kingsley Publishers.
Wilkinson, L. A. (Ed.) (2014). Autism spectrum disorder in children and adolescents: Evidence-based assessment and intervention in schools. American Psychological Association (APA): Washington, DC.
Wilkinson, L. A. (2017). A best practice guide to assessment and intervention for Asperger autism spectrum disorder in schools. London: Jessica Kingsley Publishers.