Loneliness and Well-Being in Autistic Adults 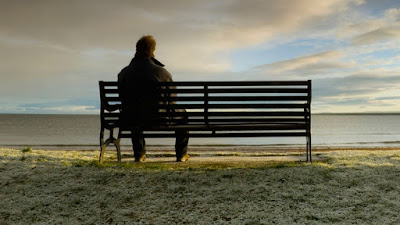 Individuals with autism spectrum disorder (ASD) experience significant difficulties in social functioning, including deficits in core social abilities and problems establishing and maintaining peer relationships. These social and interpersonal problems generally persist and sometimes worsen in adulthood, contributing to functional impairment. Despite the increase in ASD prevalence, few studies have focused on the experiences of autistic adults, or on the factors that may relate to their social and emotional functioning.

There is considerable evidence that loneliness and social support have a strong influence on overall well-being in the general population. However, this has yet to be examined among adults with ASD. Contrary to historical assumptions, autistic individuals do not always prefer solitude and social isolation. They often want to develop relationships but face barriers in developing relationships due to social competence difficulties. Thus, loneliness appears to be a clinically important consideration for adults on the autism spectrum.
Research

This study provides an important evaluation of the social and emotional experiences of autistic adults. The findings extend current knowledge and highlight the clinical importance of loneliness. Significant correlations were found between loneliness and a number of negative emotional experiences, including increased depression and anxiety, and reduced well-being. Because individuals with ASD are already at increased risk of anxiety and depression, loneliness may represent an important factor in the developmental course of internalizing problems through adolescence and adulthood. A better understanding of the developmental course and consequences of loneliness is essential to inform our understanding of social and emotional well-being in autistic individuals. Lastly, strategies to reduce and prevent loneliness in adults with ASD should be important objectives for future research and clinical practice.
Mazurek, M. O. (2014). Loneliness, friendship, and well-being in adults with autism spectrum disorders. Autism, 18, 223-232. doi: 10.1177/1362361312474121
http://aut.sagepub.com/content/18/3/223
Lee A. Wilkinson, PhD is author of the award-winning books, A Best Practice Guide to Assessment and Intervention for Autism and Asperger Syndrome in Schools and Overcoming Anxiety and Depression on the Autism Spectrum: A Self-Help Guide Using CBT. He is also editor of a text in the APA School Psychology Book Series, Autism Spectrum Disorder in Children and Adolescents: Evidence-Based Assessment and Intervention in Schools. His latest book is A Best Practice Guide to Assessment and Intervention for Autism Spectrum Disorder in Schools (2nd Edition).
Posted by Lee A. Wilkinson bestpracticeautism.com at Sunday, June 10, 2018 0 comments 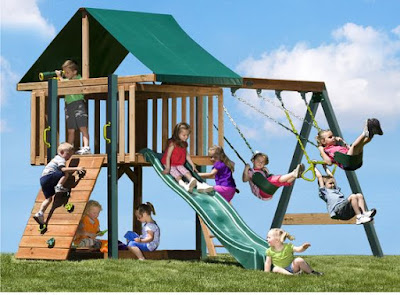 Play is critical to children's development in all domains (social-emotional, communication, physical, adaptive, cognitive). Consequently, introducing and designing appropriate play opportunities for all children, but especially for children with autism spectrum disorder (ASD), is a primary concern for educators, clinicians, and parents. Educators and parents of children with ASD often struggle to identify and design appropriate play activities to promote learning. Thus, it is challenging yet critical to find meaningful play activities and experiences to accommodate children’s specific interests and ability levels.

What type of play do children with ASD prefer?

A study published in the North American Journal of Medicine and Science investigated the types of play most often preferred by children with ASD in a controlled but authentic setting, where direct observation and data collection would be possible. This research study was novel in the area of studying the free play choices of children with autism because it was conducted in a naturalistic setting (public museum) without adult prompting, or contrived situations. The children were allowed to freely select from among 20 play activities, and did not recognize they were being observed, so responses and behaviors were authentic.
Results
Data collected over six months resulted in a sample size of 1,506 observations for children with ASD and 985 without ASD. Informal observation established an ASD- participant age range of 3-18, with the most common age range being 5-10 years old. Data were combined for each of 20 different play stations. The five play exhibits most significantly preferred by children with ASD were 1) Climbing Stairs, 2) the Netherlands Windmill, 3) Vietnam rice table, 4) Loop the Loop, and 5) Make it Roller-Ball. Each exhibit preferred by children with ASD offered strong sensory input and feedback to the participant, while many featured repetitive movement or motion (Make it Roller-Ball), and cause/effect attributes, such as propelled balls (Loop the Loop), and spinning objects (Netherlands Windmill).
The most popular (strongly preferred) activity among children with ASD was the exhibit "Climbing Stairs." Children who climbed a short staircase could then drop a ball and watch it descend. Another popular activity involved a windmill. Children can push its arms, causing it to spin. A table filled with rice completed the top three most preferred exhibits among children with ASD. In contrast, the five least popular exhibits were pretend play activities, and play activities which focused on arts/crafts. This confirmed the researchers’ hypothesis that children would prefer play activities with a strong sensory component and are far less likely to engage in activities involving pretend play.
"Children with ADS sometimes tend to crave motion, and if they can't be moving, they like to look at moving objects," said researcher Kathy Ralabate Doody, noting that motion engages the vestibular, proprioceptive, and visual senses. "So just watching the windmill engaged them. When the windmill turned in response to their push, it also provided cause-and-effect play. And the repetition of the spinning movement provided a third level of satisfaction." Climbing the stairs also satisfied multiple senses. Playing with rice provided both tactile and visual stimulation as children felt and watched the rice pour through their fingers.
Implications
Identifying the types of play preferred by autistic has practical and important implications for educators, clinicians, and parents. For example, the information from this study could also be utilized in the formation of inclusive programs and services to encourage social interaction between children with ASD and their typical peers. Educators and clinicians can also utilize this information in designing treatment sessions and intervention strategies for children with autism. Preferred activities and manipulatives are frequently used as tangible and concrete positive reinforcement in the teaching autistic children. Further, parents could make use of this information in selecting toys and family activities to appeal to their child's interests and abilities. The ability to engage in preferred play promotes independence, thereby providing a parent or caregiver an opportunity to prepare dinner, attend to another child, or just take a break for a few moments. Additional research is needed before generalizing the results of this study to all children with ASD. Possible directions for future research include following individual children and measuring the time spent by the child at each play activity.
Kathy Ralabate Doody, Jana Mertz. Preferred Play Activities of Children with Autism Spectrum Disorder in Naturalistic Settings. North American Journal of Medicine and Science, 2013 DOI: 10.7156/najms.2013.0603128
Lee A. Wilkinson, PhD, is a licensed and nationally certified school psychologist, and certified cognitive-behavioral therapist. He is author of the award-winning books, A Best Practice Guide to Assessment and Intervention for Autism and Asperger Syndrome in Schools and Overcoming Anxiety and Depression on the Autism Spectrum: A Self-Help Guide Using CBT. He is also editor of a text in the APA School Psychology Book Series,  Autism Spectrum Disorder in Children and Adolescents: Evidence-Based Assessment and Intervention in Schools. His latest book is A Best Practice Guide to Assessment and Intervention for Autism Spectrum Disorder in Schools (2nd Edition).
Posted by Lee A. Wilkinson bestpracticeautism.com at Thursday, June 07, 2018

Autism and Your Emotional Destiny 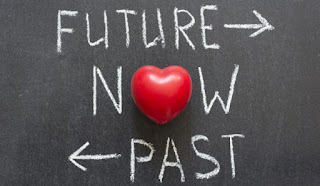 “Whatever may be, I am still largely the creator
and ruler of my emotional destiny.” - Albert Ellis

Regardless of whether you identify as Aspergers, autistic, neurodivergent, or on the autism spectrum, you have the the power to create and control your own emotional destiny. We are not born with specific thoughts, feelings, and behaviors. Nor do our environment or surroundings directly make us act or feel in a certain way.

Although our genetic makeup and social background can have a strong influence on our behavior, we have the ability to change our thoughts, feelings, and actions. While it may be helpful to discuss our past experiences and understand how our history might have influenced our lives, effective self-help strategies focus on the “here and now” problems and ways to improve your emotional well-being in the present.

Understanding your past experiences and how and when you first upset yourself are not critical to overcoming your anxiety and depression. Conventional insight, even when correct, will not tell you what really caused you to become upset or what you can do to overcome it. In fact, it may actually block effective problem-solving.

It is your present system of beliefs and ideas that are important, regardless of where they originated. So, no matter what your past history, or how your parents, teachers or significant others in your life may have helped you to feel upset, you continue to be upset because of the vicious cycle of unrealistic and unhelpful thoughts you originally held.

Step back and objectively examine your own ideas and beliefs and identify and question them. While it is impossible to change the behavior of others, you have the ability to control and change your own thoughts and behaviors. So, avoid thinking that your past is all important and that because someone or something at one time influenced your life, it must also determine your feelings and behavior today. If you let yourself be strongly influenced by the past, you will stop looking for alternative solutions to your current problems. When you unconditionally accept the influences of your past, you are being unrealistic because the present is significantly different from the past. Keep in mind that the past has passed and it has no automatic effect on your present and future behavior. You have the power to overcome your past and control your emotional destiny!

Click here to read a free preview of "Overcoming Anxiety and Depression..."