GI Distress in Children on the Autism Spectrum 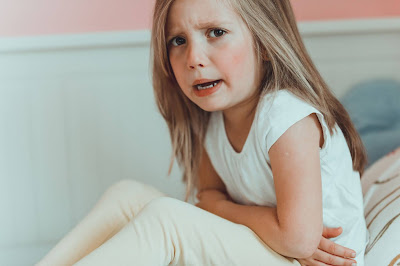 A number of clinical and epidemiological studies have indicated that children with autism spectrum disorder (ASD) are at increased risk for gastrointestinal (GI) problems. Research suggests that certain behaviors among children with ASD may reflect underlying GI problems and that the presence of these behaviors may indicate the need to evaluate a child with ASD for GI problems. Specific behavior problems proposed as possible expressions of GI distress include sleep disturbances, stereotypic or repetitive behaviors, self-injurious behaviors, aggression, oppositional behavior, irritability or mood disturbances, and tantrums. A recent pediatric consensus report called for additional research on the association between problem behaviors and GI problems, and for the development of a screen for GI problems in autistic children.

A brief report published in the Journal of Autism and Developmental Disabilities compared the behavioral features of children with and without a history of GI problems. The purpose of this population-based study of 487 children with ASD, including 35 (7.2%) with a medically documented history of GI problems, was to determine whether particular behavioral characteristics occur more frequently among those who have been diagnosed with a GI problem than those without a medically documented history of GI problems. The researchers implemented a cross-sectional study of children who were 8 years of age and met the case definition for ASD through the Centers for Disease Control and Prevention’s Autism and Developmental Disabilities Monitoring (ADDM).
Eight behavioral features were identified that may be indicative of GI problems among children with ASD which had analogous measures in the ADDM data set: 1. abnormalities in sleeping; 2. stereotyped and repetitive motor mannerisms; 3. self-injurious behaviors; 4. abnormal eating habits, 5. abnormalities in mood or affect; 6. argumentative, oppositional, defiant, or destructive behaviors; 7. aggression; and 8. temper tantrums. Demographic data, healthcare and medical records, descriptions of behaviors, diagnostic summaries, psychometric test results, and information about co-occurring disorders or disabilities were collected and entered into a centralized composite record and reviewed by trained clinicians according to a specified protocol to determine case status and associated behavioral features (e.g., abnormalities in sleeping).
Results
The results indicated that children with sleep abnormalities were more likely to have a medically documented history of GI problems (11%) than those without sleep problems (3.6%). Similar associations were seen for argumentative, oppositional or destructive behavior, abnormal eating habits, mood disturbances and tantrums, although the associations for mood disturbances and tantrums did not reach statistical significance. In contrast, the researchers found no associations between the presence of GI problems and stereotypic/repetitive behaviors and self-injurious behaviors.  Notably, nearly all of the children with ASD, including all 35 with a documented history of GI problems, exhibited at least one of the behavior problems hypothesized to be potential indicators of GI distress. For this reason, these behaviors would not be useful as a potential screen for GI problems in that virtually all children with ASD would potentially be referred for GI evaluations.
Implications
This study provides some support for the association between selected behavioral characteristics in autistic children and the occurrence of GI problems. The study found significant positive associations for several behaviors hypothesized to be expressions of GI problems in children with ASD. Certain behaviors, including abnormalities in sleep patterns, abnormalities in eating habits, and argumentative, oppositional, defiant or destructive behavior were described significantly more often in autistic children who also had GI problems than in those with ASD and no history of GI problems.
Perhaps the most important contribution of this study is the finding that the behavioral characteristics hypothesized to be expressions of GI problems are very common in autistic children, yet not specific to those with GI problems. Although GI problems may contribute to selected behaviors in some children with ASD, these behaviors are also frequent in children with and without ASD (nearly all children had 1 or more behaviors) and are unlikely to efficiently predict GI problems in children with ASD. As a result, the presence of these behaviors would not be useful on their own for screening or identifying children requiring GI evaluation.
Practitioners should be aware that certain behavioral problems observed in autistic children may be indicative of a child’s response to, or attempt to communicate the discomfort of, an underlying GI problem. This condition can seriously affect the individual’s quality of life and ability to participate in education and therapeutic activities. Consideration of medical, biological, or physiological co-occurring conditions, genetic susceptibility, diet and nutrition, and medication use are necessary to determine whether co-occurring behavioral problems and GI distress may be present in a child with ASD. A comprehensive developmental assessment approach requires the use of multiple measures including, but not limited to, verbal reports, direct observation, direct interaction and evaluation, and third-party reports. This should include a record review, developmental and medical history, further medical screening and/or evaluation, and parent/caregiver interview. Lastly, further research is needed to develop recommendations for diagnostic evaluation and management of GI problems for individuals on the spectrum.
Maenner, M. J., Arneson, C. L., Levy, S. E., Kirby, R. S., Nicholas, J. S., & Durkin, M. S. (2012). Brief report: Association between behavioral features and gastrointestinal problems among children with autism spectrum disorder. J Autism Dev Disord 42:1520–1525. DOI 10.1007/s10803-011-1379-6
Lee A. Wilkinson, PhD is author of the award-winning books, A Best Practice Guide to Assessment and Intervention for Autism and Asperger Syndrome in Schools and Overcoming Anxiety and Depression on the Autism Spectrum: A Self-Help Guide Using CBT. He is also editor of a text in the American Psychological Association (APA) School Psychology Book Series, Autism Spectrum Disorder in Children and Adolescents: Evidence-Based Assessment and Intervention in Schools. His latest book is A Best Practice Guide to Assessment and Intervention for Autism Spectrum Disorder in Schools, (2nd Edition).
Posted by Lee A. Wilkinson bestpracticeautism.com at Wednesday, March 15, 2017 0 comments