Medication Use in Children on the Autism Spectrum 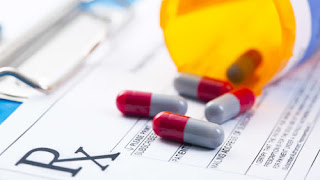 Prescription medications do not address the core symptoms of autism and are not considered to be "first-line" interventions or treatment for children with autism spectrum disorder (ASD). At present, early, intensive, and behaviorally-based interventions are considered the most effective treatments. Nevertheless, research indicates increasing rates of psychotropic use and the simultaneous use of multiple psychotropic medications (polypharmacy) in children with ASD. Reported rates of use have ranged from 27% to 83%, with polypharmacy ranging from 10% to 20%. The most commonly prescribed medications for ASD are selective serotonin reuptake inhibitors or SSRIs such as Prozac, Zoloft, and Paxil; stimulants such as Concerta, Metadate, Methylin, Ritalin, and Adderall, and atypical neuroleptics such as Risperdal and Abilify, both with FDA approved labeling for the symptomatic (aggression and irritability) treatment of children and adolescents with ASD.
Although co-occurring problems such as hyperactivity, inattention, aggression, repetitive or compulsive behaviors, self-injury, anxiety or depression, and sleep problems may respond to a medication regimen, as well as relieve family stress and enhance adaptability, there are general concerns about these medications. For example, there is a lack of evidence documenting the safety or effectiveness of psychotropic treatment during childhood. Likewise, there is a paucity of information about the safety and effectiveness of psychotropic polypharmacy and potential interactions between and among medications that may affect individuals with complex psychiatric disorders, including ASD. As a result, detailing psychotropic use and polypharmacy among children with ASD is crucial for informing families, clinicians, and researchers.
Research

The findings of this study indicate that despite minimal evidence of the effectiveness or appropriateness of multi-drug treatment of ASD, psychotropic medications are commonly used, singly and in combination (polypharmacy), for ASD and co-occurring conditions. This has important implications for practice. Because some clinicians caring for children with ASD may not be aware of the extent and effects of psychotropic use and polypharmacy, primary care providers should carefully obtain medication histories and monitor symptoms for evidence of effectiveness. Likewise, there is an immediate need to develop standards of care around the prescription of psychotropic medications based on the best available evidence and a coordinated, multidisciplinary approach to improving the health and quality of life of children with ASD and their families. Finally, additional research is needed to understand why medications are being used (for which symptoms, behaviors, or diagnoses, and by which providers)
Spencer, D., Marshall, J., Post, B., Kulakodlu, M., Newschaffer, C., Dennen, T., Azocar, F., & Jain, A. (2013).  Psychotropic medication use and polypharmacy in children with autism spectrum disorders. Pediatrics, 132, 833–840.
Lee A. Wilkinson, PhD, NCSP is a licensed and nationally certified school psychologist, chartered psychologist, and certified cognitive-behavioral therapist. He is author of the award-winning books, A Best Practice Guide to Assessment and Intervention for Autism and Asperger Syndrome in Schools and Overcoming Anxiety and Depression on the Autism Spectrum: A Self-Help Guide Using CBT. He is also editor of a best-selling text in the APA School Psychology Book Series, Autism Spectrum Disorder in Children and Adolescents: Evidence-Based Assessment and Intervention in Schools. His latest book is A Best Practice Guide to Assessment and Intervention for Autism Spectrum Disorder in Schools (2nd Edition).
Posted by Lee A. Wilkinson bestpracticeautism.com at Wednesday, February 04, 2015 0 comments

Risk Factors for Bullying in Children with Autism 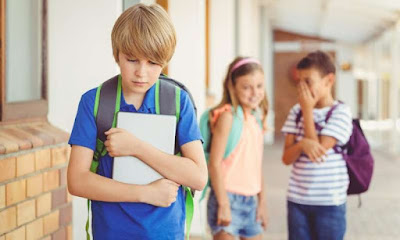 Studies exploring bullying in special education populations have reported higher rates of peer victimization among students with special needs. Although children with disabilities have been found to be at an increased risk of bullying, there are limited studies investigating predictors or “risk factors” of bullying involvement in children with autism. Identifying autistic children who are at greatest risk of involvement in bullying has important implications for school-based mental health professionals, teachers, and parents who are concerned with preventing bullying and promoting effective coping strategies among children who are bullied.
Research
A study published in the journal Autism examined child and school characteristics that may place children with autism at risk of being involved in bullying. Participants were 1221 parents of children aged 6-15 years with a current diagnosis of autism spectrum disorder (ASD) selected from a national web-based registry. Parents completed a survey dedicated to the school and bullying experiences of their child, and analyses conducted to identify child and school risk factors for involvement as victim, bully, or bully-victim. Additional analyses examined the risk of bullying involvement based on the amount of time spent in general education classrooms.
The researchers hypothesized that children on the higher end of the autism spectrum would be at increased risk of victimization, as would children who spent more time in an inclusive educational setting. It was also hypothesized that children who present with more comorbid (co-occurring) conditions (e.g., attention deficit hyperactivity disorder (ADHD), depression, anxiety, obsessive compulsive disorder (OCD), social anxiety, oppositional defiant disorder (ODD), learning disorders, intellectual disability) and a high number of autistic traits would be at additional risk.
Results
The results indicated that overall, 63% of children with autism had been victimized in their lifetime, and 38% had been victimized in the past month. In addition, 19.9% had bullied others in their lifetime, with 9.3% bullying others in the past month. Of these, 63% were bully–victims, that is, they had been both victim and perpetrator in the past month. More capable autistic children, attending a public school or a school with a general education population, were at the greatest risk of being victimized in the past month. Children with comorbid (co-occurring) conditions and a high level of autistic traits were the most likely to be victims, bullies, and bully–victims. Lastly, children in full inclusion classrooms were more likely to be victimized than those who spend the majority of their time in special education settings.
Conclusion and Implications
Findings from the current study confirm that children across the autism spectrum are at increased risk of being bullied when compared to their typically developing peers, with those students most involved in general education schools and classrooms, being at the greatest risk.

Several previously identified predictors of bullying behaviors among a general education population were also observed in this study, including the presence of co-occurring psychiatric conditions and difficulty making friends. The researchers note that although children with special needs in inclusion settings have been shown to benefit from increased interactions with typically developing children, it appears that they are still at risk of being isolated within the classroom and subsequently being bullied. Thus, children who spend a great deal of time in less protected, general education settings with typical peers may be at greatest risk of being bullied. The study also provides evidence that children with the greatest educational and social challenges are being protected by spending all or most of their time in special education settings.
The decision of whether or not to include autistic students continues to be a subject of debate among principals, teachers, parents, and often students themselves. Inclusion with typically developing peers is important for a child with autism as peers provide the best models for language and social skills. However, inclusive education alone is insufficient. When autistic children are included, it is imperative that schools ensure that they receive the supports they need to thrive at school while also protecting them from bullying. Moreover, the development and implementation of school bullying policies and inclusion programs must take into account the special vulnerability of this group of children, which can include staff and teachers being trained in identifying children who may be at additional risk of victimization.