Triggers for Anxiety in Children with Autism 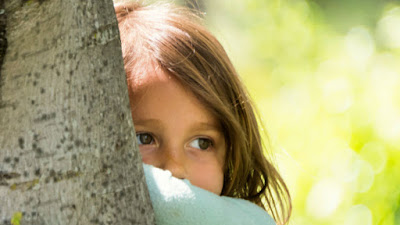 What Triggers Anxiety for Autistic Children and Teens?

Anxiety is a frequent co-occurring (comorbid) problem for children and youth with autism spectrum disorder (ASD). Although prevalence rates vary from 11% to 84%, most studies indicate that approximately one-half of autistic children meet criteria for at least one anxiety disorder. Despite promising advances in the research and practice literature, our understanding of the phenomenology and treatment of anxiety in ASD remains somewhat limited. Importantly, there is a paucity of information on the difference between ASD and non-ASD populations in regards to the manifestation of anxiety symptoms. Understanding more about the factors triggering and maintaining anxiety in ASD, and how autistic children and their families experience, think and speak about anxiety, will help inform the development and implementation of autism-specific interventions for anxiety.
An exploratory study published in the journal Autism reported on a series of 5 focus groups with parents of children and adolescents with ASD and anxiety as a first step in identifying the triggers, behavioral signs and cognitive processes associated with anxiety. Seventeen mothers of 19 children with a diagnosis of ASD participated in the focus groups. All children (12 boys and 7 girls) had received ASD diagnoses from local clinical services and were reported to experience significant levels of anxiety that had an impact on their functioning.

The following is a summary of key themes identified by parents in relation to triggers, symptoms and impact of anxiety in their children with ASD.
Anxiety triggers/Stressors
1. Change or disruption to routine.
2. Confusion and worries about social and communication situations.
3. Specific fears and phobias.
4. Sensory oversensitivity and overstimulation.
5. Being prevented from preferred repetitive behaviors and interests.
6. Too many demands or expectations.
Presentation of anxiety
1. Increase in challenging behavior.
2. Avoidance/withdrawal/escape.
3. Increase in levels of arousal.
4. Increase in sensory, repetitive, and ritualistic behavior.
5. Physical sensations associated with anxiety.
6. Cognitive distortions and errors in thinking.
Impact of anxiety
1. Personal distress in children, parents, and siblings.
2. Increase in challenging behavior and stereotyped behaviors.
3. Restriction of activities/opportunities.
4. Negative impact on quality of life for child and family.
Parent Perspectives
Across groups, parents gave markedly similar descriptions of the triggers and behavioral signs associated with anxiety. Parents’ perspectives on the anxieties of their children indicate that there are many overlaps with anxiety as experienced in the general population. Shared triggers included social worries, specific phobic stimuli, and expectations that are, or are perceived to be, too demanding. Common features of the presentation of anxiety include an increase in arousal and avoidance/escape behaviors.
There were, however, a number of autism-specific triggers and symptoms of anxiety identified in children with ASD. Key features were the intensity, pervasiveness and persistence of the anxiety. Changes and disruptions to routines, sensory sensitivities and social difficulties associated with difficulties in perspective-taking and social expectations appeared to be ASD-specific triggers. Situations that were reported to trigger anxiety often reflected autism-related difficulties in processing style or sensory sensitivity.

The majority of comments about the presentation of anxiety fell into the categories of challenging behavior and avoidance/withdrawal, indicating that behavioral manifestations are the major expressions of anxiety in children with ASD. When asked about their anxious thoughts, the most prominent theme that emerged was the difficulty that children with ASD have in expressing their anxiety verbally, particularly at times of severe distress. Although this is also occurs with many typically developing children, it may be a particular difficulty for children and youth with ASD given the challenges they face in understanding and expressing emotions and pragmatic language difficulties. In addition to similar descriptions of the triggers and behavioral signs associated with anxiety, the impact of anxiety was reported to be often times more substantial than the impact of ASD itself.
Implications
Although this study did not specifically address assessment and intervention/treatment issues, several implications in these areas emerged. For example, when parents and children with ASD are asked to describe their experiences in a semi-structured, non-directed manner, they largely focus on features more specific to the ASD population that are not typically measured on most standard anxiety measures. Although there are broad-based measures that evaluate emotional/behavioral difficulties in children with neurodevelopmental disabilities, a significant gap remains in the resources available to clinicians and researchers for measuring ASD-specific aspects of anxiety. This argues for the inclusion of observational methods in the assessment of anxiety: using multiple informants, multimodal assessment techniques, and methods. 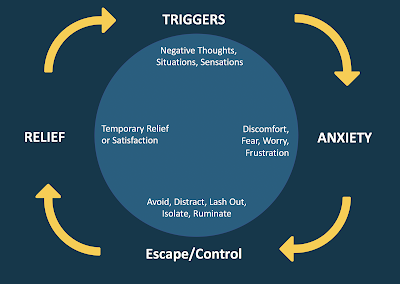 Identification of specific triggers/stressors and presentation of anxiety in children with ASD can help educators and interventionists improve programs and services for this group of students. These findings may also be useful for clinicians working with children and youth with ASD, particularly those utilizing CBT as a treatment approach. Although recent randomized controlled trials suggest that enhanced and adapted CBT can successfully treat anxiety disorders in high functioning children with ASD, it is unclear which adaptations are critical or which modifications are required for which anxiety disorder.  Nevertheless, the authors note that their findings support the view that adaptations to CBT, such as adding ASD-specific components to the treatment protocol, are important, relevant and acceptable to parents of children with ASD. They also caution that even though CBT can be an effective means of treating anxiety in youth with ASD, clinicians may need to consider whether CBT is the most appropriate intervention or whether other approaches such as behavioral strategies or environmental modifications may be more suitable, as accessing or modifying cognitions may prove too challenging for some youth with ASD. Yet, CBT is clearly an effective intervention for many autistic children and youth, and the involvement of parents can further improve outcomes.
Recommendations for future research include focusing on larger groups and control samples, and systematically investigating the link between ASD cognitive processing styles and anxiety. The authors propose that further exploration of the similarities and differences between shared and ASD-specific triggers, manifestations, and effects of anxiety using a variety of methodologies will contribute to the development of more appropriate assessment measures and ASD-specific models of anxiety which can then guide treatment for more effectively.
Ozsivadjian, A., Knott, F., & Magiati, I. (2012). Parent and child perspectives on the nature of anxiety in children and young people with autism spectrum disorders: a focus group study. Autism, 16, 107-121. DOI: 10.1177/1362361311431703
Lee A. Wilkinson, PhD, is a licensed and nationally certified school psychologist, and certified cognitive-behavioral therapist. He is author of the award-winning books, A Best Practice Guide to Assessment and Intervention for Autism and Asperger Syndrome in Schools and Overcoming Anxiety and Depression on the Autism Spectrum: A Self-Help Guide Using CBT. He is also the editor of a text in the APA School Psychology Book Series, Autism Spectrum Disorder in Children and Adolescents: Evidence-Based Assessment and Intervention in Schools. His latest book is A Best Practice Guide to Assessment and Intervention for Autism Spectrum Disorder in Schools (2nd edition).
Posted by Lee A. Wilkinson bestpracticeautism.com at Tuesday, June 01, 2021 0 comments