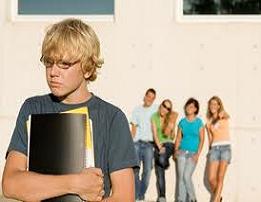 Although it would seem obvious that children with ASD will eventually transition to adolescence and adulthood, there is a paucity of information about effective interventions for these age groups compared to data for younger children. Even though the core symptoms of ASD (impairments in communication and social interaction and restricted/repetitive behaviors and interests) may improve overtime with intervention for many individuals, some degree of impairment typically remains throughout the lifespan.  Consequently, the focus of intervention/treatment must shift from remediating core deficits in childhood to promoting adaptive behaviors that can facilitate and enhance ultimate functional independence and quality of life in adulthood. This includes new developmental challenges such as independent living, vocational engagement, post-secondary education, and family support. Unfortunately, there is evidence to suggest that improvements in symptoms and problem behaviors may decrease or end once youth with ASD transition from school-based programs. This is likely due, at least in part, to the termination of services received through the secondary school system upon exiting from high school, as well as the lack of adult services. The lack of services available to help young adults with ASD transition to greater independence has been noted by researchers for a number of years and has become an increasingly important issue as the prevalence of ASD continues to grow and as children identified with ASD reach adolescence and adulthood.
Comparative Effectiveness Review
What are the effects of currently available interventions/treatments on adolescents and young adults with ASD?  To answer this question, researchers at the Vanderbilt Evidence-based Practice Center systematically reviewed evidence on therapies for adolescents and young adults (ages 13 to 30) with autism spectrum disorders (ASD). Their review focused on the outcomes, including harms and adverse effects, of interventions addressing the core symptoms of ASD; common medical and mental health comorbidities occurring with ASD; the attainment of goals toward functional/adult independence; educational and occupational/vocational attainment; quality of life; access to health and other services; and the transitioning process (e.g., process of transitioning to greater independent functioning). Researchers also addressed the effects of interventions on family outcomes including parent distress and satisfaction with interventions.
Of more than 4,500 studies on autism interventions published between 1980 and 2011, only 32 focused on interventions/therapies for individuals ages 13 to 30. Most of the studies available were of poor quality, which may reflect the relative recency of the field. Five studies, primarily of medical interventions, had fair quality. Behavioral, educational, and adaptive/life skills studies were typically small and short term and suggested some potential improvements in social skills and functional behavior. Small studies suggested that vocational programs may increase employment success for some individuals. Few data are available to support the use of medical or allied health interventions in the adolescent and young adult population. The medical studies that have been conducted focused on the use of medications to address specific challenging behaviors, including irritability and aggression, for which effectiveness in this age group is largely unknown and inferred from studies including mostly younger children. However, antipsychotic medications and serotonin reuptake inhibitors were associated with improvements in specific challenging behaviors. Similarly, little evidence supports the use of allied health interventions including facilitated communication.
Conclusion
Despite an increasing population of adolescents and young adults identified with an ASD and the need for effective intervention across the lifespan, very few studies have been conducted to assess treatment approaches for adolescents and young adults with ASD. Moreover, the available research is lacking in scientific rigor. As a result, there is little evidence available for specific treatment approaches in this population; especially for evidence-based approaches to support the transition of youth with ASD to adulthood. In particular, families have little in the way of evidence-based approaches to support interventions capable of optimizing the transition of teens with autism into adulthood. Research is needed across all intervention types on which outcomes to use in future studies. “Overall, there is very little evidence in all areas of care for adolescents and young adults with autism, and it is urgent that more rigorous studies be developed and conducted,” commented Melissa McPheeters, director of Vanderbilt’s Evidence-Based Practice Center and senior author of the report. “There are growing numbers of adolescents and adults with autism in need of substantial support. Without a stronger evidence base, it is very hard to know which interventions will yield the most meaningful outcomes for individuals with autism and their families,” said Zachary Warren of Vanderbilt who also contributed to the report.
Lounds Taylor J, Dove D, Veenstra-VanderWeele J, Sathe NA, McPheeters ML, Jerome RN, Warren Z. Interventions for Adolescents and Young Adults With Autism Spectrum Disorders. Comparative Effectiveness Review No. 65. (Prepared by the Vanderbilt Evidence-based Practice Center under Contract No. 290-2007-10065-I.) AHRQ Publication No. 12-EHC063-EF. Rockville, MD: Agency for Healthcare Research and Quality. August 2012. http://www.effectivehealthcare.ahrq.gov/reports/final.cfm
The complete report is available at:
http://effectivehealthcare.ahrq.gov/ehc/products/271/1196/CER65_Autism-Young-Adults_20120723.pdf
Lee A. Wilkinson, PhD, CCBT, NCSP is author of the award-winning book, A Best Practice Guide to Assessment and Intervention for Autism and Asperger Syndrome in Schools, published by Jessica Kingsley Publishers. He is also the editor of a recent volume in the APA School Psychology Book Series, Autism Spectrum Disorder in Children and Adolescents: Evidence-Based Assessment and Intervention in Schools and author of the new book, Overcoming Anxiety and Depression on the Autism Spectrum: A Self-Help Guide Using CBT.

Posted by Lee A. Wilkinson bestpracticeautism.com at Wednesday, September 19, 2012 2 comments