Problem Behavior in Children with Autism 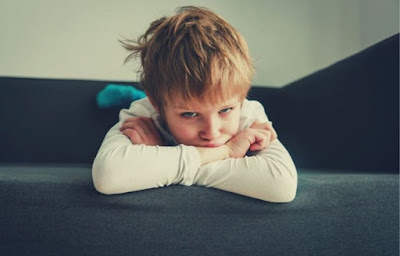 Challenging behavior is any behavior that interferes with a child’s learning, engagement, and social interactions with her peers or adults. Aggression is often observed as one form of challenging behavior in autism. Although aggression is not itself a symptom of autism and not all autistic individuals are aggressive, research suggests that the prevalence of challenging behavior may be higher in individuals with autism compared to typically developing peers and those with other developmental disabilities. Children with autism don’t necessarily express anger, fear, anxiety or frustration in the same way as other children. However, irritability is a symptom of autism that can complicate adjustment at home and other settings, and can manifest itself in aggression, tantrums, and self-injurious behavior.

Behavior as Communication
Children engage in problem behavior to communicate. The principles of behavior teach us that it does not occur in a vacuum – that is, behavior does not occur without regard to the context in which it is observed. When working with autistic children we should consider problem behavior as a communication attempt, and should determine what skill the child needs to learn in order to reduce the need for the problem behavior or what environmental modification makes the behavior unnecessary. The first step to developing an effective intervention strategy is to identify the function of the behavior. By function, we mean what the child is trying to access by engaging in the challenging behavior. In other words: you first must figure out what it is the child is trying to communicate. For example, a student might exhibit challenging behaviors with the goal of escape or the goal of seeking attention. When the curriculum is difficult or demanding, they may attempt to avoid or escape work through challenging behavior (e.g., refusal, passive aggression, disruption, etc.). Similarly, they may use challenging behavior to get focused attention from adults and peers, or to gain access to a preferred object or participate in an enjoyable activity. Problematic behavior may also occur because of sensory aversions. Because autistic students also have significant social and pragmatic skills deficits, they may experience difficulty effectively communicating their needs or influencing the environment. Thus, challenging classroom behavior may serve a purpose for communicating or a communicative function.

Predictors
Although the nature and developmental course of aggression have been a focus of research with typically developing populations, there have been few large-scale studies of group-level predictors of aggression among individuals with autism. Consequently, it is unclear whether findings from the general population are applicable to autistic children and adolescents. In an effort to investigate the extent of the problem in children and adolescents with autism, a recent large-scale study published in Research in Autism Spectrum Disorders examined the prevalence and correlates of physical aggression in a sample of 1584 children and adolescents with ASD enrolled in the Autism Treatment Network (ATN), a multi-site network of 17 autism centers across the US and Canada. The results indicated that the prevalence of aggression was 53% across the entire sample of children, with highest prevalence among young children. These results are highly consistent with recently reported prevalence rates (56%) in another large-scale study of children and adolescents with autism. The results also indicate that age-related decreases in aggression in autistic children are similar to what has been observed in typically developing children. It should be noted, however, that a large percentage (nearly 50%) of the adolescents in the study’s sample continued to demonstrate physical aggression. Thus, the relative decrease in aggression over time must be balanced by the finding that these behaviors continued to occur at a high rate among a large portion of adolescents with autism.
In terms of predictors, the results indicated that self-injury was highly associated with aggression among children with autism. This is consistent with the findings of other studies showing a strong association between self-injury and other challenging behaviors. The current results add to existing literature, and suggest that autistic children who demonstrate self-injury may be at risk for more severe behavioral problems.
Sleep problems emerged as a second significant predictor aggression. This association between sleep problems and aggression is largely consistent with previous findings among both typically developing children and those with autism, indicating may underlie (and exacerbate) aggressive behavior patterns for many autistic children. It should also be noted that sleep problems have been found to be associated with self-injurious behaviors among individuals with intellectual disabilities and that these two conditions may be related. In fact, there is some developing evidence suggesting shared neurobiological basis for both sleep disturbance and self-injurious behavior.
Sensory problems were also significantly associated with aggression. These findings are consistent with similar associations between sensory issues and aggression among typically developing children. While previous research has demonstrated an association between sensory problems and broadly defined behavior problems, the current results extend these previous findings by demonstrating a specific relationship between sensory problems and physical aggression.
Comparisons also indicated that children with aggression were more likely to experience GI problems, communication skill difficulties, and social skills difficulties. However, these variables did not appear as significant predictors of aggression, indicating that self-injury, sleep problems, and sensory issues accounted for the majority of the variance in predicting aggression.
In regards to potential sex differences, the results indicate that girls and boys with autism were equally likely to engage in aggression. This finding was unexpected in that research has consistently shown a significant gender difference among children without autism, with boys being much more likely to engage in physical aggression than girls. The results of the study suggest that the sex differential in aggression may not be salient in the autistic population.
Implications
This study provides evidence that challenging behavior may be much more prevalent among children with autism than in the general population and that some comorbid problems may place individuals at risk for aggression. Aggression was significantly associated with a number of clinical features, including self-injury, sleep problems, sensory problems, GI problems, and communication and social functioning. However, self-injury, sleep problems, and sensory problems were most strongly associated with aggression. These findings indicate that co-occurring problems specific to the autism phenotype may play an important role in the occurrence of aggression and that it is important to consider multiple domains of functioning when assessing and treating aggression in autistic children. For example, increased attention should be given to the identification and treatment of sleep problems, self-injury, and sensory problems. Given the significant relationship between sleep problems and aggression, it is possible that treatments targeting sleep problems may help reduce maladaptive behavior. Thus, assessment and treatment of sleeping problems might be included as a standard and integrated part of the assessment and treatment of autism. Programs for children with autism should also integrate an appropriately structured physical and sensory milieu in order to accommodate any unique sensory processing challenges.

Behavioral interventions, particularly those based upon applied behavior analysis (ABA), have long had empirical support for addressing problematic behavior (for a review, see Schreibman, 2000). A comprehensive treatment plan for treating aggressive behaviors in children with autism begins with a precise and thorough assessment, followed by implementation of a comprehensive treatment plan.
Although assessment tools are limited, comorbid problems should be assessed whenever significant behavioral issues (e.g., inattention, mood instability, anxiety, sleep disturbance, aggression) become evident or when major changes in behavior are reported. Co-occurring disorders should also be carefully investigated when severe or worsening symptoms are present that are not responding to traditional methods of intervention. It is important to take the time to analyze these underlying causes of aggressive behavior in children with autism. By understanding the triggers of aggression, we are able to choose the most effective intervention strategies. Once we understand the function or goal of student behavior, we can begin to teach alternative replacement behavior and new interaction skills.

Further research is needed in order to better understand the characteristics and course of different types of aggression. For example, future research should examine the longitudinal course of aggression, the role of these associated problems in predicting improvement or worsening of aggression, and possible changes in aggression in response to treatment for these co-occurring problems. Studies are also needed to examine the role of additional family- and community-level variables in the prediction and maintenance of aggression among children with autism.
References and Further Reading