Effectiveness of CBT for anxiety in autistic Children 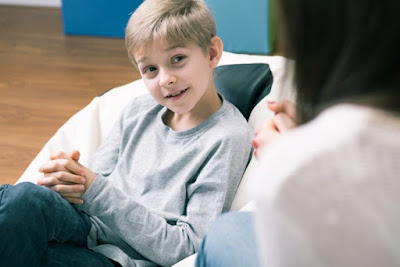 Introduction
Children with autism spectrum disorders (ASD) frequently have co-occurring (comorbid) psychiatric conditions, with estimates as high as 70 to 84 percent. A Comorbid disorder is defined as a disorder that co-exists or co-occurs with another diagnosis so that both share a primary focus of clinical and educational attention. Although anxiety is not a defining characteristic of ASD, prevalence rates are significantly higher in children with ASD than in typically developing children, children with language disorders, chronic medical conditions, disruptive behavior disorders, and intellectual disability or epilepsy. In fact, research suggests that approximately one-half of children with ASD would meet the criteria for at least one anxiety disorder. Several studies have also reported a bidirectional association between internalizing disorders and autistic symptoms. For example, both a higher prevalence of anxiety disorders has been found in ASD and a higher rate of autistic traits has been reported in youths with mood and anxiety disorders. Individuals with ASD also appear to display more social anxiety symptoms compared to typical control individuals, even when these symptoms are clinically overlapping with the characteristic social problems typical of ASD. With comorbidity rates so elevated in the ASD population, treatment options for anxiety have become increasingly important.
Cognitive-Behavioral Therapy
There is a strong evidence base for the use of cognitive-behavioral therapy (CBT) interventions for depression and anxiety in non-ASD populations. There are a variety of CBT approaches, but most share some common elements. The primary goals of traditional CBT are to identify and challenge dysfunctional beliefs, catastrophic cognitions, and automatic thoughts as well as change problematic behavior. With a therapist’s help, the individual is encouraged to challenge his or her beliefs and automatic thoughts through a variety of techniques. Through CBT, the individual learns skills to modify thoughts and beliefs, as well as problem-solving strategies to improve interaction with others in effective and appropriate ways, thereby promoting self-regulation.
CBT models for the treatment of anxiety attempt to create a new coping pattern by using behavioral techniques such as modeling, exposure, and relaxation as well as cognitive techniques addressing cognitive distortions and deficiencies. These treatment models generally emphasize four critical components of therapy: assessment, psychoeducation, cognitive restructuring, and exposure. Using these four components, CBT has been shown to be an empirically supported treatment for typically developing children with anxiety issues. The most commonly used techniques to treat anxiety in children are exposure, relaxation, cognitive restructuring, and modeling in that order. 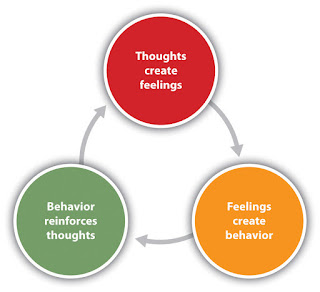 Cognitive-Behavioral Therapy for ASD
Although CBT has been shown to be an effective empirically supported treatment for typical children, there is a question as to whether or not it can be used with other populations. In recent years, there have been a number of attempts to adapt CBT for children and teens on the autism spectrum. Although there is no agreed upon set of modifications, there appears to be a general consensus that with certain specific modifications, CBT can be used to effectively lessen anxiety symptoms in higher functioning children with ASD. Evidence from the current literature supports a specific blend of techniques and strategies as the most effective approach to modify CBT for use with children who have an ASD. The primary modifications to CBT that have been shown to make them more viable for anxious children with ASD are the development of disorder specific hierarchies, the use of more concrete, visual tactics, the incorporation of child specific interests, and parent participation.
A study published in the Journal of Child Psychology and Psychiatry illustrates how a standard CBT program can be adapted to include multiple treatment components designed to accommodate or remediate the social and adaptive skill deficits of children with ASD that serve as barriers to anxiety reduction. The study tested a modular CBT program incorporating separate modules focusing specifically on deficits associated with ASD such as poor social skills, self-help skills, and stereotypies as well as a modified version of a traditional CBT protocol utilizing primarily cognitive restructuring and exposure techniques.

The participants were forty children (7–11 years of age) who met the criteria for ASD and one of the following anxiety disorders: separation anxiety disorder (SAD), social phobia, or obsessive-compulsive disorder (OCD). They were randomly assigned to 16 sessions of CBT or a 3-month waitlist (36 children completed treatment or waitlist). The CBT model emphasized coping skills training (e.g., affect recognition, cognitive restructuring, and the principle of exposure) followed by in vivo exposure. The parent training components focused on supporting in vivo exposures, positive reinforcement, and communication skills. Independent evaluators blind to treatment condition conducted structured diagnostic interviews and parents and children completed anxiety symptom checklists at baseline and posttreatment/postwaitlist. The researchers found that 92.9% of children in the active treatment group met criteria for positive treatment response post-treatment compared to only 9.1% of children in the waitlist condition. In addition, 80% of children in the active treatment group were diagnosis free at follow up. From these results, it is reasonable to draw the conclusion that with specific modifications, CBT can be an effective treatment for children with ASD and comorbid (concurrent) anxiety disorders.
Implications
The above referenced study, together with case studies and other clinical trials, provides evidence that incorporating disorder specific hierarchies, use of more concrete, visual tactics, incorporation of child specific interests, and parental involvement can facilitate successful results when conducting CBT for anxiety in children with ASD. Although there is support for the efficacy of an enhanced CBT program, there are some limitations to these modifications and adapted models. Specifically, the child’s level of functioning, variation in the use of each modification, and the utilization of different CBT programs across studies affect the generalization of the outcomes. Moreover, there is a need to examine to what extent CBT with these modifications could be used with more severe cases of ASD or in cases where there is more severe intellectual impairment. Children with higher functioning ASD may be able to better process the cognitive components of traditional and modified CBT than those who are lower functioning. Additionally, different CBT programs may emphasize different components of CBT making it difficult to determine which components are the most critical for treating anxiety in children with ASD. The next step for future research should be to focus on developing a standardized approach to treatment which incorporates specific modifications, randomized clinical trials to test the approach, and explorations of the boundaries within the ASD population for use and effectiveness of treatment. Given the elevated comorbidity rates, finding an effective, empirically supported treatment for anxiety in children with ASD is critical.