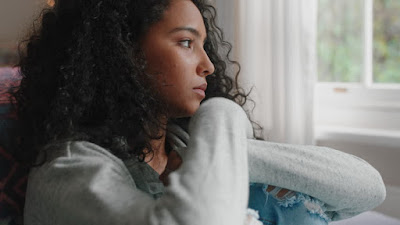 The U.S. Centers for Disease Control and Prevention (CDC) estimates that 1 in 54 eight year-old children in the US has an autism spectrum disorder (ASD). Prevalence estimates indicates that autism is more than 4 times more common among boys than among girls. According to the CDC, approximately one in 34 boys and one in 144 girls were identified as having ASD. Studies also suggest that while boys are being referred for evaluation in greater numbers in our schools, this is not the case for girls. Girls are also diagnosed with ASD at later ages compared to boys. This “gender gap” raises serious questions because many females with ASD may be overlooked and not receive the appropriate supports and services.
Girls with Autism
Gender role socialization is critical to understanding why girls with ASD might be underidentified in the general population. Since females are socialized differently, autism may not manifest in the same way as typical male behavioral pattern. For example, girls might not come to the attention of parents and teachers because of better coping mechanisms and the ability to “disappear” in large groups. Girls on the higher end of the spectrum also have fewer special interests, better superficial social skills, better language and communication skills, and less hyperactivity and aggression than boys. Likewise, girls are more likely than boys to be guided and protected by same gender peers and to have special interests that appear to be more gender appropriate. These characteristics lessen the probability of a girl being identified as having impaired social skills, the core symptom of ASD.  In fact, it may be a qualitative difference in social connectedness and reciprocity that differentiates the genders. As a result, parents, teachers, and clinicians may not observe the obvious characteristics associated with the male prototype of higher functioning ASD. Over reliance on the male model with regard to diagnostic criteria might also contribute to a gender “bias” and under-diagnosis of girls. For example, clinical instruments tend to exclude symptoms and behaviors that may be more typical of females with autism.
Unfortunately, the sex differences in the ASD phenotype continue to be poorly understood. As a result, there has been relatively little research on girls with ASD. Moreover, the extant findings are complex and often difficult to interpret. While the gender gap in autism has yet to be empirically investigated, if there is a gender difference in the autism phenotype, then clinical and educational interventions based largely on research with boys may be inappropriate. As a result, girls may receive less than optimal academic and behavioral interventions. Moreover, the consequences of a missed or late diagnosis can result in social isolation, peer rejection, lowered grades, and a greater risk for mental health and behavioral distress such as anxiety and depression during adolescence and adulthood. As a result, there is an urgent need for research to compare autistic girls to typical boys and girls to more fully comprehend the implications of being a girl with autism.
Comorbid Depression

In addition to understanding sex differences in ASD symptoms, a clinically significant issue is whether autistic girls have an elevated risk for affective disorders. Studies indicate that children, teens, and adults with ASD demonstrate increased internalizing problems relative to typical individuals.  Depression is one of the most common comorbid conditions observed in individuals with autism, particularly higher functioning youth.  For example, evaluation of psychiatric comorbidity in young autistic adults revealed that 70% had experienced at least one episode of major depression and 50% reported recurrent major depression. Although typical boys and girls show similar levels of depression in childhood, the risk for internalizing disorders in girls increases dramatically in adolescence. Therefore, autistic girls may be at especially high risk for depression.
A study in the Journal of Autism and Developmental Disorders compared autism and internalizing symptoms in a clinical sample of 8-18 year-old girls (n = 20) and boys (n = 20) with ASD and typically developing girls (n = 19) and boys (n = 17) using clinician-, parent-, and child- report measures. The researchers found that boys and girls were similarly impaired as evidenced by comparable diagnostic and non-diagnostic ASD symptom scores. However, girls with ASD differed markedly from typical girls on symptom measures such as language and social skills. Autistic girls also appeared to be at greater risk for internalizing psychopathology than boys with ASD and typical girls. In adolescence, autistic girls had significantly higher parent-reported internalizing scores than boys with autism and typical girls. This suggests that being female and having a neurodevelopmental disorder may result in a high risk of anxiety and depression in the teen years.
Implications
Understanding elevated levels of internalizing symptoms in autistic girls and how to treat comorbid affective symptoms is critical. Developing and implementing cognitive, behavioral and psychotropic interventions to address internalizing symptoms in this high risk population of girls is essential to help improve interpersonal functioning and quality of life, as well as reduce the negative outcomes frequently associated with adolescent depression, including psychiatric hospitalization and suicidal ideation. Girls who are diagnosed with ASD should be screened for internalizing problems and closely monitored for symptom occurrence. Additionally, practitioners should question the presence of ASD in girls referred for internalizing disorders such as anxiety or depression. Best practice recommends that when a girl presents with a combination of social immaturity, restricted interests, limited eye gaze, repetitive behaviors, social isolation, and is viewed as “atypical” or “unusual," the possibility of ASD should be given serious consideration.

In terms of treatment, cognitive-behavioral strategies have shown promise in addressing anxiety in higher-functioning autistic children and might be adapted to address depression in this population. Interpersonal therapy techniques have also to be effective in treating typical adolescents with depression. In addition, evidence is accumulating in the empirical literature that social skills interventions are likely to be appropriate for many children and youth with autism. Commonly used approaches include individual and group social skills training, providing experiences with typically developing peers, and peer-mediated social skills interventions, all targeting the core social and communication domains. In conclusion, the study of girls with ASD represents a critical area for future research. They appear to be at significant risk for developing affective symptoms (depression) in adolescence, indicating the need for increased awareness, screening, identification, and intervention. Lastly, population-based studies are needed to determine to what extent autistic girls within the “general community” are less impaired and/or under-identified relative to boys.
Solomon, M., Miller, M., Taylor, S. L., Hinshaw, S. P., & Carter, C. S. (2012). Autism symptoms and internalizing psychopathology in girls and boys with autism spectrum disorders. Journal of Autism and Developmental Disorders, 42, 48–59
Lee A. Wilkinson, PhD, is a licensed and nationally certified school psychologist, and certified cognitive-behavioral therapist. He is author of the award-winning books, A Best Practice Guide to Assessment and Intervention for Autism and Asperger Syndrome in Schools and Overcoming Anxiety and Depression on the Autism Spectrum: A Self-Help Guide Using CBT. He is also editor of a text in the APA School Psychology Book Series, Autism Spectrum Disorder in Children and Adolescents: Evidence-Based Assessment and Intervention in Schools. His latest book is A Best Practice Guide to Assessment and Intervention for Autism Spectrum Disorder in Schools (2nd Edition).
Posted by Lee A. Wilkinson bestpracticeautism.com at Tuesday, April 03, 2018