Neuropsychological Profiles of Children with Comorbid Autism and ADHD 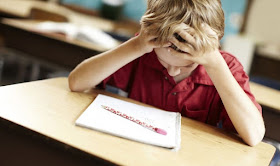 Neuropsychological Profiles of Children with Comorbid Autism and ADHD
Autism spectrum disorder (ASD) and attention deficit hyperactivity disorder (ADHD) are neurodevelopmental disorders with onset of symptoms in early childhood.  In addition to the core features of social communication impairment and restricted/repetitive behaviors and interests, a significant number of children with ASD present with the symptoms of hyperactivity, inattention, and impulsivity, which may meet the DSM-5 diagnostic criteria for attention deficit hyperactivity disorder (ADHD). In fact, research, practice and theoretical models indicate that these conditions frequently overlap and co-occur. For example, studies conducted in the US and Europe indicate that children with ASD in clinical settings present with comorbid (co-occurring) symptoms of ADHD with rates ranging between 37% and 85%. While the prevalence is difficult to estimate, a large number of children with ADHD also present with symptoms of ASD.
It is critical to identify the comorbidity between ASD and ADHD because of its intervention and treatment implications. For example, more severe externalizing, internalizing and social problems, as well as more impaired adaptive functioning, and more autistic traits and maladaptive behaviors have been reported in children with both ASD and ADHD than children identified with only ASD. Researchers have found that early school-age children with co-occurrence of ASD and ADHD were significantly more impaired than children with only ASD on measures of cognitive and social functioning, as well as in the ability to function in everyday situations. They were also more likely to have significant cognitive delays and display more severe stereotypic and repetitive behaviors in comparison with children identified with only ASD. In addition, children with the co-occurring ASD and ADHD were found to share impairment in both flexibility and planning with ASD, while sharing the response inhibition deficit with ADHD. Despite the group differences described in the literature, it can be particularly difficult to differentiate between ASD and ADHD in individual cases. For example, social deficits occur in both the conditions. Although the social deficits of autism are typically described as being “reciprocal” in nature and those of ADHD are considered to be the result of inattention and disinhibition, the distinction is not always easy to make in real-world practice. In this regard, an examination of the child’s neuropsychological characteristics and profile may be helpful in identifying the comorbidity of ASD and ADHD.
Current Research
A study published in the open access journal Autism Research and Treatment sought to extend the work on the neuropsychological profile of individuals with ASD + ADHD and to further explore the hypothesis that children with ASD + ADHD show higher degrees of impairment in social cognition than those with ASD only. The participants were drawn from referrals to an ASD clinic and consisted of 22 children with ASD and 25 children with mixed ASD and ADHD. Neuropsychological measures were administrated using standardized procedures and included evaluation of cognitive functioning, emotion recognition, Theory of Mind (ToM), executive functions, and motor abilities.
Results
Overall results of the study indicate greater impairment in cognitive, social, and adaptive functioning for children with ASD and clinically significant ADHD symptoms in comparison with children identified with only ASD. Compared to children with ASD, those with ASD + ADHD were more impaired in their ability read other people’s emotions and feelings and to hold and manipulate critical periods of information (working memory). Children with ASD + ADHD also showed higher levels of anxiety. The more severe deficits in emotion recognition and working memory, along with the higher levels of anxiety found in children with ASD + ADHD, supports previous research indicating that having additional ADHD increases the level of their impairment and negatively impacts management and outcome. These findings also suggest that ADHD comorbidity may constitute a distinctive subtype of ASD and that these children may be at higher risk of social impairment and adjustment problems. It should be noted that the sample consisted only of participants with normal levels of intellectual functioning. Thus, the findings may not apply to lower functioning children with ASD and ADHD. The risk of intellectual disability () increases the risk of both ASD and ADHD, acting alone and in combination with other factors. Future studies should include subjects with a wider range of cognitive abilities, using larger sample sizes of different age groups, to better define the profiles of individuals with ASD + ADHD and identify effective treatment/interventions.
Identifying symptoms of ADHD in children with ASD has important diagnostic and treatment implications for practitioners in health care, clinical/mental health, and educational contexts. It is imperative to recognize the high co-occurrence rates of these two disorders as well as the potential increased risk for social and adaptive impairment associated with comorbidity of ASD and ADHD. Children with the combined presence of ASD and ADHD may need different treatment methods or intensities than those with ASD only in order to achieve better outcomes. Examining the neuropsychological characteristics and profiles of children with both the conditions can help facilitate diagnosis and inform treatment. Thus a comprehensive developmental assessment may include measures of neuropsychological functions such as working memory, planning and strategy formation, cognitive flexibility, response inhibition, and self-regulation. Further information on best practice guidelines for assessment of ASD is available from A Best Practice Guide to Assessment and Intervention for Autism Spectrum Disorder in Schools (2nd Edition).
Colombi, C., &  Ghaziuddin, M. (2017). Neuropsychological Characteristics of Children with Mixed  Autism and ADHD. Autism Research and Treatment, 2017, 1-5. doi:10.1155/2017/5781781 https://doi.org/10.1155/2017/5781781
Lee A. Wilkinson, PhD, is a licensed and nationally certified school psychologist, and certified cognitive-behavioral therapist. He is author of the award-winning books, A Best Practice Guide to Assessment and Intervention for Autism and Asperger Syndrome in Schools and Overcoming Anxiety and Depression on the Autism Spectrum: A Self-Help Guide Using CBT. He is also editor of a text in the APA School Psychology Book Series, Autism Spectrum Disorder in Children and Adolescents: Evidence-Based Assessment and Intervention in Schools. His latest book is A Best Practice Guide to Assessment and Intervention for Autism Spectrum Disorder in Schools (2nd Edition).
bestpracticeautism.com at Sunday, April 01, 2018
Share