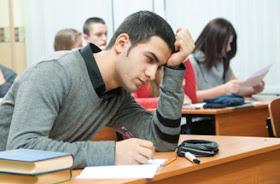 The term Autism Spectrum Disorder (ASD) refers to a single diagnostic category that includes two core-defining features: impairments in (a) social communication and (b) restricted and repetitive behaviors or interests (American Psychiatric Association [APA], 2013). There is, however, marked variability in the severity of symptomatology and need for support across individuals with ASD.  Symptom expression falls on a continuum and will vary from the significant impairment to more capable individuals with higher cognitive and linguistic abilities.  For example, the level of intellectual functioning can range from persons with cognitive impairment to those who score in the superior range on traditional IQ tests, from those who are socially intrusive to those who are social isolates, and from those with limited communication skills to those with precocious and advanced vocabulary.
Despite having impaired social interaction skills and unusual, idiosyncratic and sometimes intense interests and a high degree of rigidity, many secondary school students diagnosed with ASD possess the cognitive ability and verbal skills necessary for higher education. Unfortunately, many capable adolescents and young adults either do not seek or gain entry into college, or drop out prematurely due to social isolation, difficulty with changing routines and new schedules, problems living independently, and lack of external supports and guidance. Although young adults on the autistic spectrum may qualify academically for college, they often have difficult managing other aspects of college life. Indeed, the rates of post-secondary educational participation for youth with an ASD are substantially lower than the general population, with previous studies indicating 40% or fewer ever attend college and very few receive a degree (Shattuck, et al., 2012)
The dramatic increase in the prevalence of ASD among children indicates that a correspondingly large number of youth will be transitioning into adulthood in the coming years. In fact, approximately 50,000 adolescents with autism will turn 18 years old this year in the U.S. As a result, colleges and universities can expect to enroll more students who have been diagnosed with ASD in the near future. As more young people are identified with ASD without co-occurring intellectual disability, it is imperative that we begin to study the needs of young adults as they transition into postsecondary employment and education.
Research

A study published in the journal, Autism, examined the prevalence of higher functioning students with ASD at a single university both diagnostically and dimensionally, and surveyed students on the characteristics, problems, and risks associated with ASD. Researchers found that between .7% and 1.9% of a large sample of students (n = 667) could meet criteria for ASD depending on whether ASD is viewed categorically or continuously, and that the true prevalence likely falls somewhere between these two estimates. This suggests that symptoms of ASD are fairly common among college students in this sample and that upwards of 1 in 100 students may meet criteria for an ASD diagnosis. An important finding was that none of the students who met the formal criteria for receiving a diagnosis of ASD had been diagnosed previously. Thus, it is possible that some college students who would meet ASD diagnostic criteria begin their college careers unidentified. This is concerning given the degree to which ASD symptoms were found to correlate with other mental health problems, most notably social anxiety and dissatisfaction with college and life overall. For example, symptoms of ASD were fairly common among students surveyed. From a dimensional perspective, those students scoring above the clinical threshold for symptoms of autism self-reported more problems with social anxiety than a matched comparison group of students with lower autism severity scores. In addition, symptoms of ASD were significantly correlated with symptoms of social anxiety, as well as depression and aggression.
Implications

These results have implications for clinical and educational practice, and illustrate the importance of screening for autism-related impairment among university students. In the coming years, colleges and universities may expect to enroll more students who have been diagnosed with ASD, students who meet criteria for the disorder but who not been identified, and students who would fall into the category of the broad autism phenotype. University administrators, educators, and the personnel who serve students with disabilities must be attentive of this group of individuals and identify approaches to make college a successful and rewarding experience. Unfortunately, we know little about how best to facilitate success and ease transitions for these students. The evidence base informing strategies for helping this population is poorly developed. Their needs are diverse and include problems with time management and scheduling, self-advocacy, isolation, interpersonal difficulties, and study skills development. The presence of psychiatric comorbidities (e.g., depression) and academic/ life dissatisfaction must also be included among the list of potential concerns. Although the number of colleges and universities providing opportunities for young adults with autism has been growing in recent years, there is a need for wider adoption of programs and resources to support young adults with ASD as they transition into and from college. The focus of intervention/treatment must shift from remediating the core deficits in childhood to promoting adaptive behaviors that can facilitate and enhance ultimate functional independence and quality of life in adulthood. This includes new developmental challenges such as independent living, vocational engagement, postsecondary education, and family support.
References