What's in a name? Autism or Asperger's 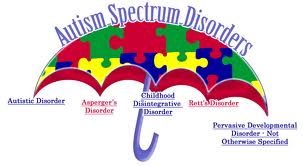 To diagnose autism spectrum disorders (ASD), clinicians typically administer a variety of tests or scales and use information from observations and parent interviews to classify individuals into subcategories listed in standard psychiatric diagnostic manuals. This process of forming "best-estimate clinical diagnoses" has long been considered the gold standard, but a new study demonstrates that these diagnoses are widely variable across centers, suggesting that this may not be the best method for making diagnoses.
The study, A Multisite Study of the Clinical Diagnosis of Different Autism Spectrum Disorders, published on Nov. 7 in the journal Archives of General Psychiatry, adds to previous evidence that standardized diagnostic instruments accurately identify individuals who have autism. It is also consistent with recent skepticism about the value of categorical groupings of autism spectrum disorders in standard diagnostic manuals, such as the Diagnostic and Statistical Manual of Mental Disorders-IV-text revision (DSM-IV-TR) and the International Statistical Classification of Diseases. According to the study’s lead investigator Dr. Catherine Lord, head of the Institute for Brain Development at Weill Cornell Medical College and New York Presbyterian Hospital, “There has been a lot of controversy about whether there should be separate diagnoses for autism spectrum disorder, especially Asperger syndrome," "Most of the research has suggested that Asperger syndrome really isn't different from other autism spectrum disorders."
The study, funded by the Simons Foundation and the National Institute of Mental Health, involved 12 North American university-based centers. About 2,100 children and youth between ages four and 18, who were known to have an autism spectrum disorder, were given a specific diagnosis based on tests of communication, behavior and intelligence as well as psychologists' observations and discussions with parents. On average, diagnostic test scores were similar across all sites. However, the researchers found that diagnoses of specific categories of autism spectrum disorder varied dramatically from site to site across the country. For example, clinicians at one site gave participants only a diagnosis of autistic disorder, while clinicians at other sites gave a diagnosis of autism to less than half of the participants. The proportion of individuals receiving a diagnosis of Asperger syndrome ranged from zero to nearly 21 percent across sites.
These findings are important both for parents and for organizations that provide services to children and youth with autism spectrum disorders, the researchers said. According to Lord, parents should “not get too caught up in the difference between autism, PDD-NOS and Asperger's,” “The labels are pretty meaningless, because people are using the same general terms as if they mean the same thing, when they really don’t,” “Because clinicians may not be using labels appropriately or diagnosing accurately, they may not be getting a sense of children’s strengths and weaknesses and what therapy is best for them.” she said. “What's important is: How much trouble does your child have with language? How much is your child hyperactive as well as autistic? Are repetitive behaviors a major feature of your child's life?" Researchers also note that the findings support a move toward a general diagnosis of autism spectrum disorder, rather than drawing the line between more specific disorders.  As Lord concludes, “The take-home message is that there really should be just a general category of autism spectrum disorder, and then clinicians should be able to describe a child’s severity on these separate dimensions.”
SOURCE: bit.ly/spSpt2 Archives of General Psychiatry, online November 7, 2011
http://www.newswise.com/articles/diagnoses-of-autism-spectrum-disorders-vary-widely-across-clinics
© Lee A. Wilkinson, PhD

Posted by Lee A. Wilkinson bestpracticeautism.com at Thursday, November 10, 2011 2 comments Links to this post